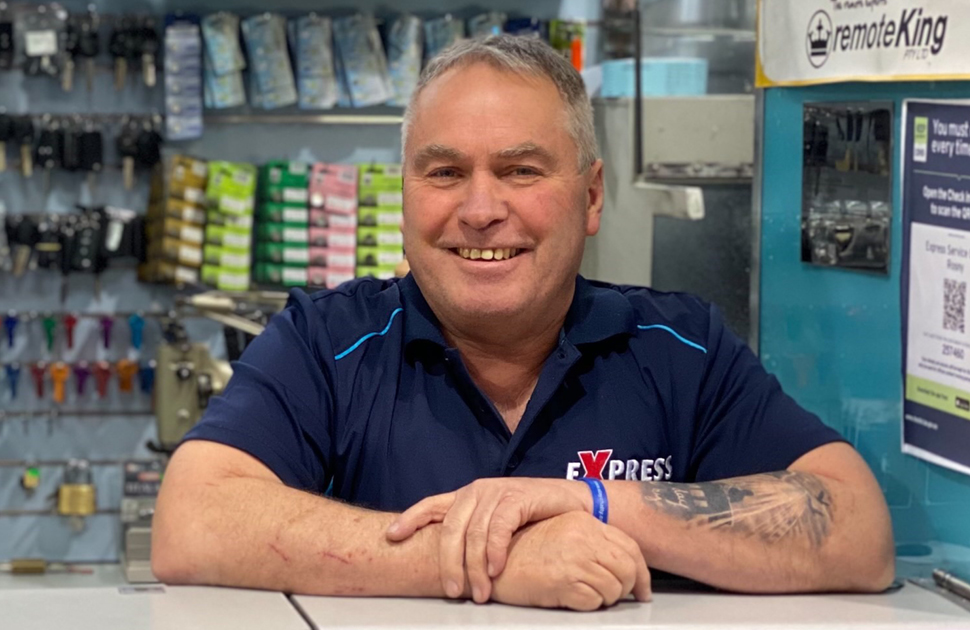 Long-time local, Michael at Express Service Centre is definitely part of the Eastlands family. For almost 30 years he has been solving problems for locals, whether it’s repairing a pair of favourite shoes, cutting new keys, or engraving a gift for a special occasion.

“As a kiosk, regulars are often passing the shop, saying ‘hi’ and giving feedback about problems we have solved,” says Michael.

Michael and his family have been part of Eastlands since 1994. “When I first looked around for a centre to start my business Eastlands already had a locksmith, so I opened my first shop in another centre. Once I heard that the locksmith was leaving Eastlands I jumped at the opportunity to open my second shop.”

“The shop has been owned and operated by me from day one. My three sons have all worked in the business and now three of my granddaughters are working here casually. I started the business after arriving from Sydney with my four children in 1991.”

Michael began his career in retail, as a trainee manager at Coles. “After four years I joined Mister Minit, where I learnt the basics of the industry I am now in. I became an Area Operations Manager for Mister Minit, running up to 16 shops in different areas in New South Wales.”

Sign up to our database to hear more about local stories at Eastlands.